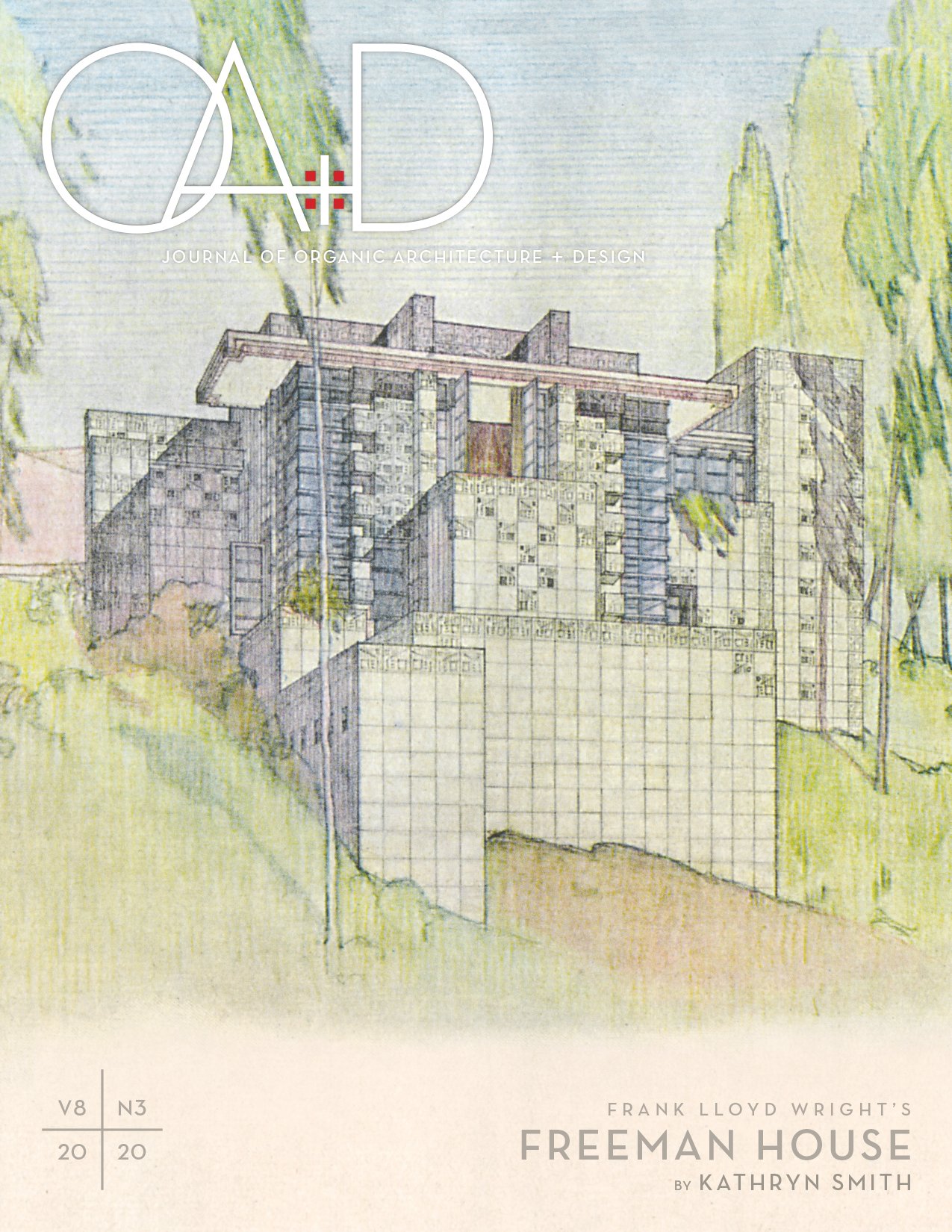 In 1923, Frank Lloyd Wright invented the textile block system in Los Angeles. Yet by 1925, he had completed only three residences in Hollywood utilizing the 16-inch square concrete blocks. The least known, the Samuel and Harriet Freeman House, is, perhaps, the most important of the three as it exhibits innovations Wright re-introduced in the mid-1930s to revive his career. This issue explores the clients, the design and construction, the furniture, and all aspects of the hillside setting, which proves the Freeman House is the missing link between two World Heritage sites, Taliesin (1911) and Fallingwater (1936).

Also included is new information about Wright’s year in Hollywood, vintage photographs, plans, and diagrams. A color portfolio of unpublished exteriors and interiors of the house in 1972 (when the Freemans were in residence) by professional photographer Dan Soderberg is featured. Kathryn Smith, historian, is a recognized authority on Wright’s work in Los Angeles as well as that of architects, Lloyd Wright and R.M. Schindler, both of whom contributed to the Freeman House, in significant ways.